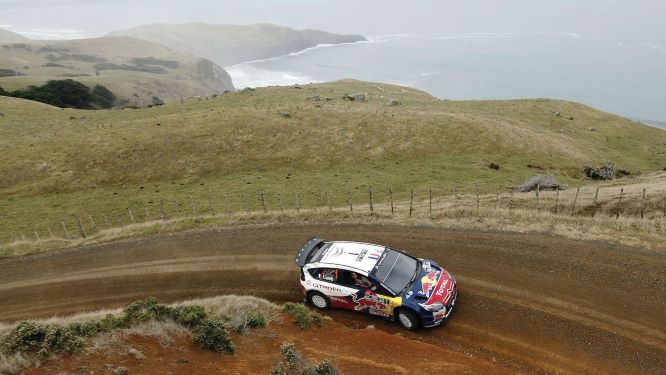 I think most of us would agree that any type of Motorsport whether on tracks or circuits or even through a vast array of city streets virtually anywhere in the world is a thrilling spectacle, but pound for pound, it doesn’t get any more daring or exhilarating than Rally, and arguably more so, Rally in New Zealand.

Not only is it a race against the clock and other teams but drivers battle all manner of loose terrain and unpredictable weather. They slip, slide and dance through perilous and hazardous countryside, fly through the air over steep jumps and drops and ultimately have to trust their co-pilot barking orders and directions from the passenger seat. Winning requires unbelievable car control, trust, fearlessness, a big slice of luck and true grit.

Way before the WRC (World Rally Championship) was formed, eight years in fact, Rally New Zealand (RNZ) held its first (annual) race in Taupo. There were thirty three starters at the event and twenty two finished, however chequered flag honours were given to Kiwi Grady Thompson and co-driver Rick Rimmer in their V8 powered Holden Monaro.

For the next two years the event moved to Canterbury before heading back to the North Island in 1971. In 1974, RNZ was formed to promote and organise rallying in New Zealand and it was around this time (1973) that thirteen international rallies, nine of which were previously part of the International Championship for Manufacturers (IMC) were placed onto a race schedule and thus created the WRC, with its first race being held at the Monte Carlo Rally.

In 1977 Morocco was dropped from the WRC and both Quebec and New Zealand joined the race calendar. Italian Driver Fulvio Bacchelli and co-driver Francesco Rossetti took the honours in NZ, in their Fiat 131 Abarth (it was his only ever rally win) but more importantly, it cemented New Zealand’s flowing gravel roads and epic scenery onto the WRC race schedule from then on in – well not quite.

Unfortunately, due to many reasons including global recession and quite probably politics, New Zealand last hosted a round of the WRC in 2012, with the event opting to stay primarily in Europe (although the championship has made annual visits to Australia, Mexico and Argentina since). This ‘hiatus’ was set to change for 2020, however Covid stepped in and put the kibosh to that.

Regardless of global pandemics and financial recessions, the grit and spirit of Rally New Zealand has prevailed and the annual event has more or less run unhindered throughout its near half century history, with Kiwi Hayden Paddon lifting the trophy in 2017 and 2018 behind the wheel of his Hyundai i20 AP4 and adding his name to our impressive list of rally drivers such as Millen, Adams, Robson, McAndrew and of course, Bourne.

Adding to NZ’s rally menu there’s also the NZ Rally Championship, a six race calendar that covers a variety of idyllic NZ areas from Otago to Whangarei and where position points are awarded and go towards (currently) 14 category titles. What’s more, promotors and organisers for RNZ have been busy since their introduction too. Aside from the NZ Rally Championship they also take care of the International Rally of Whangarei, Goldrush Rally of Coromandel, City of Auckland Rally and recently, the Battle of Jack’s Ridge where V8 Supercars Champion driver Shane van Gisbergen literally stunned the 5,000+ onlookers at Whitford by beating Phil Campbell in the head-to-head final and winning the inaugural Repco Battle of Jack’s Ridge.

Rally in New Zealand is as exciting as it is popular and although it may be off the WRC schedule right now, with accolades such as the WRC teams voted Propecia Rally New Zealand “Rally of the Year” in 2001 and the 2007 Rally New Zealand ending with the closest-ever finish in the history of the World Rally Championship – after over 350 competitive kilometres, only 0.3 seconds separated the winner Marcus Grönholm and second-placed Sébastien Loeb – it’s undoubtedly sure to return.