On 15 October 2019, Legrand New Zealand celebrated 60 years of being an industry leader and a vital part of the global network of the Legrand Group.

Established in 1959 as Adam Agencies Limited, then G. V. Wickens Limited, the business evolved and was acquired by HPM in 1988. Ongoing success attracted interest from the Legrand Group, and in 2007 HPM NZ became part of the Legrand network.

Continuing the growth of the New Zealand subsidiary, Legrand purchased Trical in December 2018. An Auckland-based specialist in electrical and digital enclosures and switchboards for residential and commercial buildings, this latest acquisition strengthens and rounds out Legrand New Zealand’s business in energy distribution and digital infrastructures.

As the electrical industry locally, and globally, has evolved, so has Legrand New Zealand.

While switches and sockets still represent a significant proportion of the Legrand business, internet enabled IoT products are emerging as the way forward. Developed by Legrand’s European research and development team, products such as the ELIOT range, encompass the brand’s ambition to drive product innovation through cloud-based connectivity and foster partner relationships within the IoT space.

The ELIOT range provides electrical specialists with a suite of products and systems to adapt and create buildings fit for the 21st century. These include Arteor with Netatmo home controls, and Classe 300 Wi-Fi Door Entry System.

LEADING THE WAY WITH INNOVATION

According to Legrand country manager, Jeff Butler, building its presence as a specialist in products and systems for electrical installations and digital building infrastructure, drives everything Legrand is doing.

“Legrand is an ambitious, innovation driven global network. As we reflect on the New Zealand subsidiary’s journey over the last 60 years, our achievements have been extraordinary and the future is exciting.

“The Legrand New Zealand team looks forward to continuing to provide our existing and new customers with exceptional products, systems and solutions. We would like to acknowledge the contribution the New Zealand electrical specialists have made to ensure the success of Legrand in New Zealand,” stated Butler.

Legrand NZ is part of the global Legrand network, which has a presence in more than 90 countries and a workforce of more than 36,000 people. Legrand designs, manufactures and distributes over 15,000 items under five premium brands: HPM, Legrand, BTicino, Cablofil and CP Electronics. Discontent with making purely functional products, Legrand aims to set the benchmark for both technological innovation and inspirational design of everyday items, boosting the profile of modern electrical systems within both the Trade and Consumer sectors. 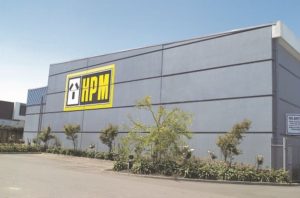 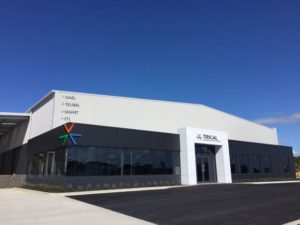 60 years on and Legrand New Zealand is an industry leader and a vital part of the Legrand Global network. 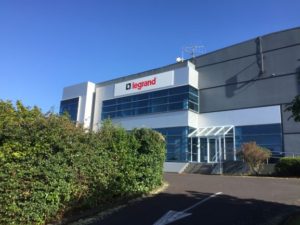