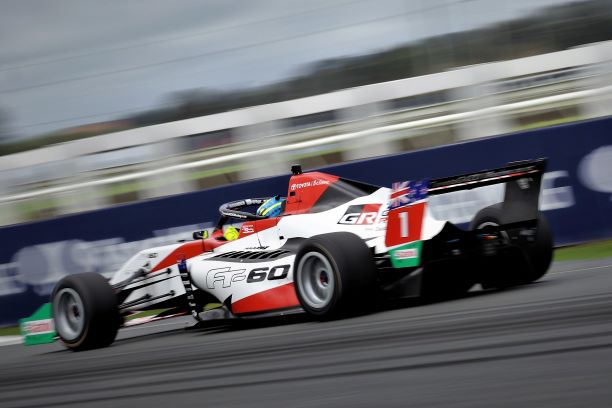 Toyota’s history in Motorsport spans at least six decades and includes many, if not most of the sport’s genres, quite literally everything from WRC and Dakar to WEC and the 24 Hours of Le Mans. In fact, Motorsport is so fundamental to the car brand’s DNA that in 2015 Toyota embraced Gazoo Racing, as an overarching umbrella to encompass the brand’s Motorsport exploits both on and off the track – think AMG or M-Sport.

Last year, Toyota brought Gazoo Racing to New Zealand. Not only was it showcased on the new all-new sporty Supra but it includes the Toyota 86 Championship and possibly, more importantly, New Zealand’s premier ‘open-wheeler’ Motorsport category, the Toyota Racing Series.

With its inaugural season commencing in 2005, the MSNZ endorsed, ‘single-seater’ Toyota Racing Series (known as Castrol Toyota Racing Series since 2016) is not only New Zealand’s fastest and most competitive racing category but it’s also an incubator for the next generation of New Zealand racing talent. The Series fosters emerging drivers, giving them the chance to gain valuable experience with carbon-fibre composite chassis, aerodynamics and slick tyres, plus, as it’s held in the height of NZ summer, it draws attention and participation from the Northern Hemisphere’s ‘off-season’ drivers.

With grids on five of New Zealand’s finest racetracks, the Castrol Toyota Racing Series runs over five consecutive weekends from Mid-January to mid-February, with each of the five events including a minimum of 5 x 30-minute practise sessions on Thursday/Friday plus qualifying and three races over Saturday and Sunday. In total, the competitive mileage over the Series between practice and race is approx 3000kms.

The cars themselves are essentially scaled-down versions of F1 racecars, historically FT40 and FT50, while the 2020 season sees a switch to a new chassis called Tatuus FT-60, identical to the T-318 used in Europe and a new engine that’s a 2.0L turbocharged unit developing 270bhp. What’s more, they boast a carbon fibre body and a carbon monocoque chassis built by Tatuus in Italy to full FIA F3 specification and only weigh approximately 480 kg.

Prior to the launch of the CTRS, our country’s leading drivers had to go offshore to step up to international level, however, in June 2019 the Series became even more important. An FIA decision allowed development drivers to tally CTRS with their regular Series towards FIA Super Licence points, meaning that the driver can participate in this Series and then participate in a Series that starts after the end of the CTRS and accumulate points from both towards F1 approval.

Since 2005, the CTRS has seen it’s fair share of our Motorsport household names successfully compete, Van Gisbergen, Evans, Bamber, Hartley, Gaunt, Leitch and Orr to name but a few, plus the Series has also seen the likes of Daniil Kvyat, Will Stevens, Lance Stroll and Lando Norris compete on their way to Formula One.

Whether it’s fast competitive racing, an addition to the global tracing calendar or as an incubator for the next generation of New Zealand racing talent, the Castrol Toyota Racing Series delights both spectators and drivers alike.