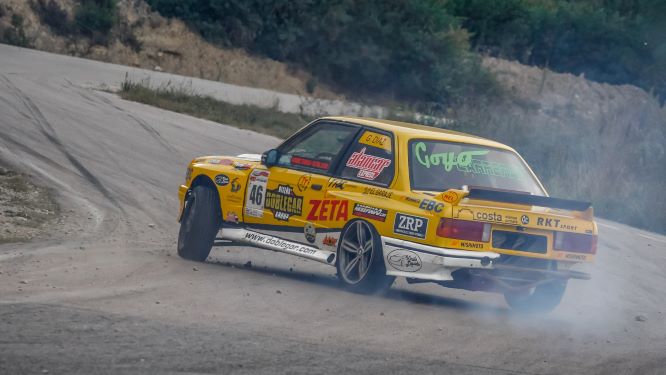 With its roots tracing back to Sicily, Italy at the turn of the Twentieth Century, Targa NZ is a thrilling Motorsport event that comes steeped in prestigious European provenance.

Originally founded in 1906 by the very wealthy wine producer, entrepreneur, racing driver and automotive aficionado Vincenzo Florio, Targa Florio was an endurance race that, in its inception spanned the entire Island of Sicily. Boasting ‘one of the toughest competitions in Europe’, the 3 lap, 443km, race included the island’s picturesque, yet perilous mountain ranges, severe climate and altitude changes and of course, extreme exhaustion as its drivers competed for the endurance race’s title and the Florio Plate (Targa meaning ‘plate’ in Italian). The inaugural race was won by Italian Alessandro Cagno who completed the event in a shade over 9hrs 32mins behind the wheel of a Turin manufactured Itala 35/40 HP.

For safety reasons, the Targa Florio ceased in the late ‘70’s (now part of the Italian Rally Championship) but over its seven decades, the race attracted some of the World’s best drivers and a plethora of the finest automotive marques in motorsport.

A shade over ninety years later (1995), the inaugural Targa NZ was born in the land of the long white cloud. With Targa Florio and the success of Targa Tasmania as his inspiration, Mike John created a competitive, yet benevolent motorsport event that spanned over 2,000 kilometres of our stunning North Island New Zealand countryside. Open road touring stages, with 38 Special Stages (run over closed public roads) and a special ‘esprit de corps’ formed the basis of the event that has run annually ever since.

In short, Targa NZ is a road-race. It’s a series of against the clock ‘special-stage’ races with placing points that combine towards an overall series win. Race prepped cars and some reasonably serious commitment are required, as the events (typically Targa Rotorua, Targa Hawkes Bay and Targa NZ) last between 2-5 days each and attract upwards of 100 competitors but despite (or maybe ‘in spite’) of Targa NZ being a well-contested race, it comes with a motorsport ‘family’ ethos – Pits being gathering spaces to share advice, stories and the odd joke or two.

Greg Graham won the inaugural Targa NZ in 1995, behind the wheel of a Subaru WRX,  since then, the event has seen such names as Amon, Brock, Dalton, Millen, Walker, Quinn and Richards, with 2WD or AWD vehicles that span from the Classic to the Ultra-modern, the Prestigious to Popular, from Japan, Europe and beyond.

Since 2008, Targa NZ has been in the hands of motor industry specialist Peter Martin (and subsequently the Ultimate Rally Group). Aside from managing to streamline and restructure the event to embrace its ever-changing demands, Peter has still maintained the true spirit of Targa.

With our virtually unparalleled landscape, enviable Kiwi hospitality and ‘challenger’ Motorsport roots, Targa NZ is an epic event that proudly stands out on any Motorsport calendar, both here and Internationally.