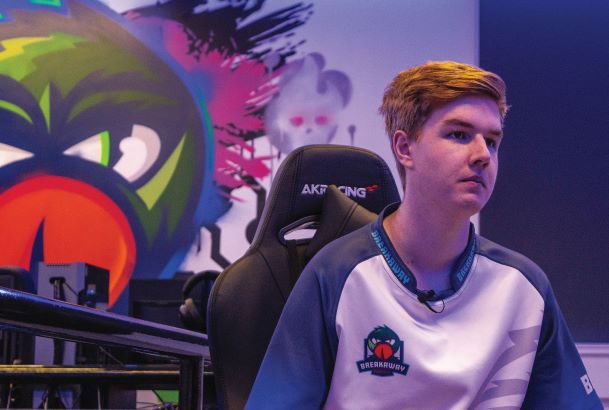 INTERVIEW WITH A KIWI ESPORTS PRO

This month our friends at esports tournament company LetsPlay.Live sit down for a chat with Campbell “Airbrn” Knowles, a 21-year-old based in Tauranga and one of New Zealand’s top competitive esports players.

LPL: How did you get started in competitive video gaming?

AIRBRN: I first got started in competitive gaming at the end of 2015 after watching the 2015 FIFA Interactive World Cup finals. I saw some of the best FIFA players in the world competing and I investigated FIFA esports competitions with the aim of potentially being able to compete at the same finals one day. I came across an online tournament, entered, and ended up winning it!

From there I discovered a local LAN event being held in Auckland that was hosting a FIFA competition. I asked my parents if they would take me up to Auckland so I could compete. They agreed and ever since then I’ve been competing in any tournament that I can, even across multiple different games which is something not many competitive gamers will do.

LPL: What gaming titles do you compete in?

A: Currently I primarily compete in the FIFA esports competitions. In the off-season, I also compete in Gran Turismo Sport, NBA 2K and Project Cars esport competitions – all of which I’ve had varying degrees of success in across Australia and New Zealand.

LPL: Do any of your hobbies outside of gaming cross into esports?

A: I’m a huge sportsman, always keeping up to date with the latest football, basketball, and cricket results. I’ve played sports since the age of 5, and it’s always been a big part of my life. I’m also a big motorsport fan, and with the gap between virtual and real motorsport closing it’s allowed me to get more involved in that area which is awesome.

LPL: Have you represented any brands or clubs in esports?

A: I’ve had the pleasure of representing a few brands and clubs throughout my esports career- including two of New Zealand’s biggest professional sports teams.

In 2018 I was one of the inaugural players with Breakaway Esports (now Black Sheep NZ), which was founded by current Sky Sport Breakers CEO Matt Walsh. Most recently in January (2020) I signed with the Wellington Phoenix for the annual Australian E-League competition.

It was an incredible honour to be one of the first esports players in New Zealand to represent a professional sports team, and to have represented two teams across two different gaming titles is something I don’t think anyone else has done which makes it pretty special to me.

LPL: Tell us about representing New Zealand on the world stage for the FIFA eNations Cup

A: Being able to represent New Zealand was amazing achievement and a great overall experience. I still can’t quite comprehend it! I’ve always dreamed of representing my country in a high-profile tournament and to have done it so early on in my career was unreal.

I also had the pleasure of going with a good friend of mine in Harry “HoneyBadger” Blackmore and got to meet and play against some of the world’s best FIFA players. It was a great learning opportunity and something I won’t be forgetting in a long time.

LPL: Finally, what are your current esports-based goals?

A: Currently the COVID-19 pandemic has made me rethink a lot of my current esport goals. Before I was looking to continue to develop my skills and retain my title as one of New Zealand’s best FIFA players as well as become one of the best in the Oceania region. Now with everything that’s going on, I’ve had to start looking more long term and decided that I’m going to focus more on getting balance back in my personal life so that I’m healthier and able to compete at my best.

Short-term, I’ve decided to focus on finishing my tertiary qualification. Long-term I want to make the FIFA eWorld Cup Final and establish myself as one of the greatest FIFA players of all-time in the region.